For decades, Boje Verlag, founded in Stuttgart in 1949, had been one of the leading publishing houses for children's books. Hence, it was home to many important writers. An example is James Krüss; a huge number of the products of his almost inexhaustible imagination – picture books, poems, and stories – are published by Boje.

Boje Verlag publishes picture books, children’s books than can be read aloud or read alone, as well as books for young adults. There are about 28 new releases every year. Boje Verlag wants to make books attractive for children by offering them a vivid, colorful, and reliable program. The stories want to entertain, accompany children with true-to-life subjects through everyday life or whisk them away into fantastic or even different worlds. Boje attaches great importance to the high quality of content, design, and production. Part of the list is the bestselling series „Petronella Apfelmus“ by Sabine Städing and SaBine Büchner, which was first published in 2014. 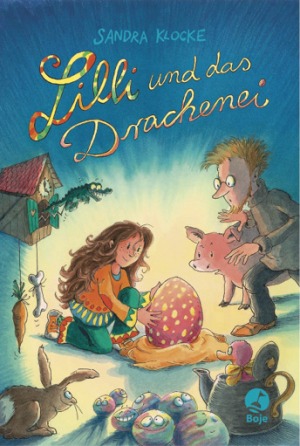 Lilli’s favorite pastime is to spend hours and hours in Theo’s magic shop, but today, everything is different. In the woods nearby, Lilli discovers a huge egg. Before long, a real dragon hatches from the egg and Lilli is overjoyed: Finally she has a pet of her own – and what a special pet it is! For Igor is not only able to talk and fly, but he can also spit fire. But living with a dragon is not as easy as one might think, because only practice makes perfect, even when it comes to spitting fire! 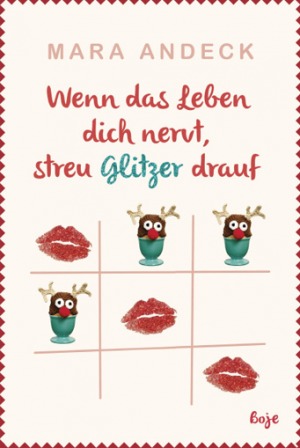 14-year-old Tess is a single child – and that’s exactly how she likes it. But her parents have other plans: They want to move in with Grandpa, Cousin, Uncle and Aunt and their four children so that they can all live under one roof. From one day to the next, Tess has to face up to the project family clan. Things are getting even more chaotic when they accept an exchange student from Finland. For the girl named Mia that they were expecting turns out to be Mika: tall, blonde, handsome, and clearly male. 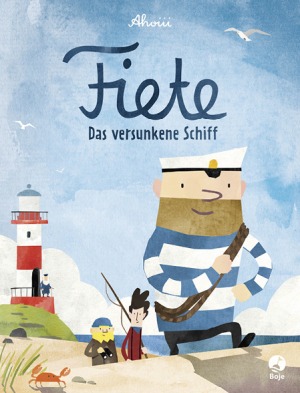 The first picture book to the international best-selling App.

Fiete is a little sailor. His home is an island somewhere in the wide ocean. Fiete and his best friends, Hinnerk and Hein, have already shared many an adventure, for they are as thick as thieves. But will they be able to raise the sunken ship of Hansen, the lighthouse keeper?

They load their little boat with a full case of soda pop and three pairs of woolen socks to change and then they set course for the open sea. However, the rescue mission turns out to be more difficult than they expected. But then, Fiete has an ingenious idea…

Based on the successful ›Fiete‹ App, which was nominated for the Bologna Ragazzi Digital Award and is available in over 155 countries! 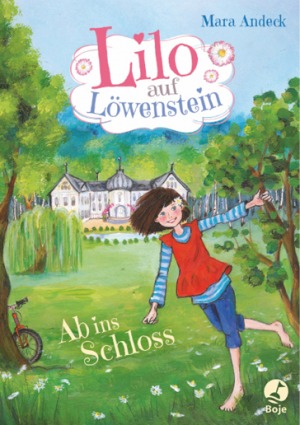 Lilo wants to write adventure novels, just like her big idol, Lavinia Stone. When the entire family moves into a real castle, Lilo can barely believe her luck. A place like this must be packed with treasures and secrets.
An enchanting “feel good” book for the summer to bury your nose in.
The kind of life children love – saving animals, forming gangs, hunting for treasures, and lighting campfires. 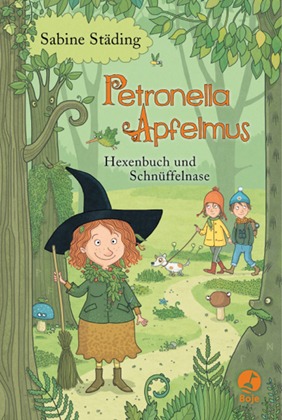 Petronella is busy winterizing her garden, but then something incredible happens: the little apple men are gone! It doesn’t take Petronella long to realize that someone must have kidnapped the little guys. Together with the Cakeburner twins she spares no effort to find and free her friends. 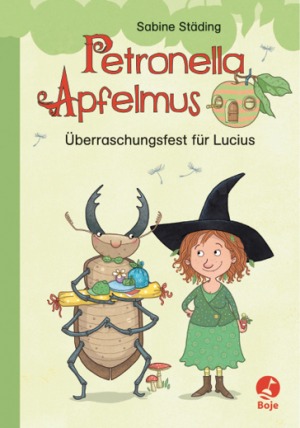 Stag beetle Lucius’ birthday is coming up. As he is Petronella Applesauce’s best friend, the little witch wants to celebrate the occasion and plans a surprise party for the beetle. Petronella writes the invitations to make sure that the little apple men and the twins, Lea and Luis, as well as all sorts of other friends will come into her garden to celebrate. Everything goes according to plan. But as Petronella is in the middle of conjuring a gift for Lucius, she gets her tongue in a twist and the incredible happens: all of a sudden she is a squirrel! Of course, the magic has to be reversed, by all means. But how?
Ideal for first readers – large font size and many full-color illustrations. 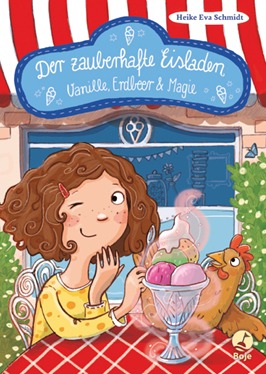 11-year-old Elli finds out by happenstance that she has a very special talent: Like her grandpa, who owns an ice cream parlor, she is able to taste/sense emotions.

This means that she belongs to the small group of magical ice cream makers, who have the ability to manufacture ice cream flavors that do not only taste good but also alter feelings. Elli finds that so exciting – epic! – and immediately, she starts dreaming of a future as an epic magic ice cream maker. But first, though, she has to learn a lot – and become her grandfather’s apprentice. 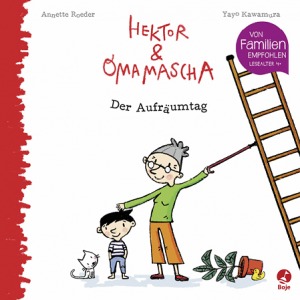 For Hector, Tuesday is the most wonderful day of the week. Because on Tuesdays, Grandmamasha is on grandchild duty.
On this particular Tuesday, Hector’s parents want him to tidy up his room. On Grandmamasha-day of all days! But Grandmamasha likes the idea and she shows Hector that tidying up can be a lot of fun. 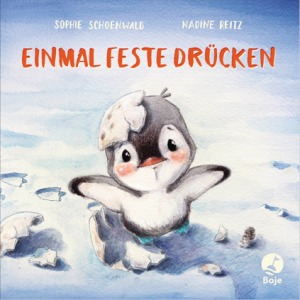 The penguin family has begun their march to the south where they want to breed their chicks. The little ones are still sleeping peacefully in their eggs when, suddenly, one of the eggs wobbles away. This is where you come in: You have to come quickly and help finding it!

By knocking, blowing, stroking, and tickling they help the penguin chick into the world and find its family