Kindermann Verlag has been founded in 1994 by Swiss author and publisher Barbara Kindermann (1955-2020) in Berlin. That was long before everybody talked about the PISA study and the boom in literary canon. And even today her publishing company occupies a unique niche: With her unmatched series »World Literature for Children« Kindermann realizes her dream to arouse the interest of youngsters – six years and older – in classical literature. Her concept is both easy and gripping: She uses kid adequate language and tells thrilling stories which the young readers absorb and remember for the rest of their lives. Goethe’s »Faust« or Schiller’s »Wilhelm Tell« are among the favorites.

Encouraged by the success, more and more series were created to give children a first access to poetry, art or famous personalities.

Today, »World Literature for Children« (7+) includes child-friendly retellings of popular classics – from Goethe’s »Faust« to Schiller’s »The Robbers« or Shakespeare’s »Romeo and Juliet«. All volumes are half-linen bindings of high quality and illustrated by well-known artists – at times magical-dramatic fairytale-like or even really funny, but always gripping and full of wisdom. Since spring 2022, Anna Kindermann has continued the series as author with her retelling of »The Sandman« after E. T. A. Hoffmann.

Meanwhile, the series »Poetry for Children« (4+) has grown to 20 fascinating volumes, lovely illustrated by renowned artists – including Schiller’s »The Cranes of Ibycus«, Goethe’s »Erl-King« or Rilke’s »The Panther«. In fall 2021, August Kopisch's humorous poem »Die Heinzelmännchen von Köln« adds another wonderful volume to the series.

The series »World Musicals for Children« (7+) features so far »Anatevka« (»The Fiddler on the Roof«) and »My Fair Lady«.

And the series »Children Discover Art« (6+) gives insight views on the life and work of such artistes like Joan Miró, Pablo Picasso, Henri Matisse or Wassily Kandinsky.

In 2018 the series »Children Discover Famous People« started with great success. The author is the journalist Christine Schulz-Reiss. She describes in an exciting way the lives of famous personalities who changed the world. In the fall of 2022, the series will be supplemented by a volume on the famous scientist »Marie Curie«.

In the »Legends for Children« (+6) series, Anna Kindermann introduces children to the world of goddesses and gods. In the first volume, »The Twelve Heroic Deeds of Hercules« (after Gustav Schwab), the ever-popular demigod experiences twelve unforgettable adventures. The book was nominated for the »Korbinian – Paul Maar-Preis« in April 2021.

For the first time – far from the classic literature –, the new series »What are you dreaming about?« (3+) features a bedtime story with animal protagonists: »The Eager Dung Beetle and the Dreams of Others« kicks off the series, the second volume »The clumsy Giraffe and the lost Dream« will follow in spring 2022. A loving story about empathy, self-confidence and courage.

In the »BIG LOVE« (4+) series launched in 2021, Martin Baltscheit retells the world's greatest love stories for children, starting with what is probably the oldest romantic couple, »Adam and Eve«.

Outside the series, a special picture book about the important topic of bullying was published. With »The Day I became meaner than the wolf« (4+), the Belgian artist duo Amélie Javaux and Annick Masson present a sensitive book that approaches the serious topic from a child's perspective, and at the same time tells the story of a courageous girl who learns to stand up for herself.

The Authors and Illustrators 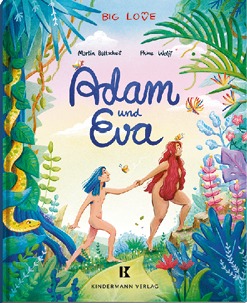 In what way do we love? No matter who your heart beats for, every love is unique!

This heart-warming book shows the countless aspects of love and gives a first insight into many possible family constellations – a wonderful story about tolerance and diversity for the whole family! 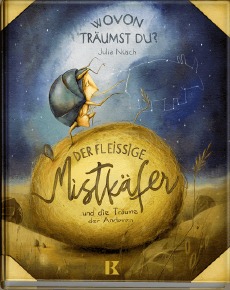 A sensible story about prejudices, friendship, and dreaming.
The animals are shocked! Who stole their dreams? The little dung beetle falls asleep and somehow ends up in the dreams of the other animals, with disastrous consequences...
“What Are You Dreaming Of?” is a thrilling bestseller series about the power of friendship. 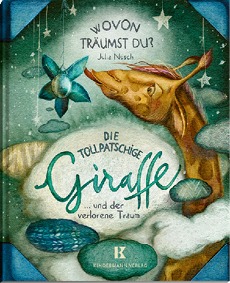 Annette the giraffe had a wonderful dream. But what was it all about? Luckily, she has got friends who want to help her finding her dream again...
Series “What Are You Dreaming Of?